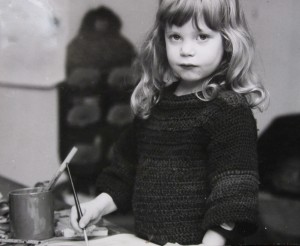 Her father Bernard Rousseau was a French Parisian architect and a mentor (who took hundreds of pictures of fruits, flowers and churches in his spare time)…

Her mother Raija Venna Rousseau is a Finish visual artist and a painter (who designed clothes for kids and adults).

Yin started performing when she was 13 y/o.

She studied Drama Art, Acting and Visual Art in Paris. Mostly as a stage actress, she performed in French, Spanish, Finish and English.  When she wasn’t performing for Theater Companies, she taught acting, wrote and directed shows with kids and also wrote plays for adults and performed solos.

She’s been expressing her creative nature through Poetry and Visual Art.

As a certified Hatha Yoga teacher, she instructs adults and children in French and English and also teaches yoga and meditation in bilingual schools.

Yin is fluent in French, English, Spanish and Finish.